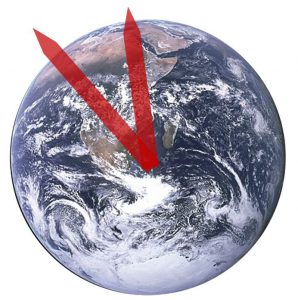 Back Story of the Poem

Power Systems Journey, like all Earth Systems Journeys uses a hero’s journey composition and ceremonial art activities to guide a systems-based educational experience. In a University of Minnesota grand challenge course in Spring 2019, students learned about the climate consequences of old power generation methods that make reforming the electric grid a necessary part of the energy transition. As the students prepare to move from studying the grid’s past to imagining its future, they heighten their awareness of the forces at work through playing the World Climate Simulation game, in which they take on the role of countries, trying to negotiate to limit warming to 1.5 C.

The game is integrated with performative/theatrical elements of the class. These are described in the poem below that document the events.  Instructors Paul Imbertson (playing Gaia) and Jonee Kulman Brigham (playing various gods of time), invite colleagues, Beth Mercer-Taylor and Aaron Hanson, both from the University of Minnesota Institute on the Environment, as game hosts. They appear as “Visitor 1” and “Visitor 2.” The mythic presence of Greta Thunberg, also makes an appearance via video.

Post updated on October 20th to include this video poem link:
Watch/Listen to Video Poem Reading

Acting It Out
[planetary stage directions]

Act 1: The Science and Messenger

Instructor One ques the video.
But the technology fails. Blocking the view, blocking the voice.
She counter strikes, inviting each team of Players to open their laptops.
And there appears Angelia, daughter of Hermes, daimona of messages, tidings and proclamations
Twelve screens open to her embodiment: the Swedish girl, Greta
Her face is multiplied, twelve mouths speak her whispered messages
Echoing, out of unison from staggered startings
“…if it was really happening, we …”
“…really happening, we wouldn’t be talking …”
“…wouldn’t be talking about anything else…”
“…about anything else…”

Her mouths are still speaking from between her braids,
When the bell rings
And the players exit the stage

From scripted stories,
From national narratives,
The Players improvise
They volley an offering, nudging each other, playing their parts
15 minute bell: First round: 2.3 degrees Celsius. Progress but no win.
Again they volley, somewhat insulted by each others’ efforts
They nudge each other harder, invoke history, articulate culpability
15 minute bell: Second round: 2.1
The visitors remind them what is at stake.
Again they put forth proposals, and counter proposals, some make deals.
They shame each other. They blame each other. They point fingers.
But they still try.
15 minute bell: Third round: 1.8
Time is up. Adrenaline is up.
They have played the game, true to their parts, and the theater is all too real.

The Visitors congratulate the Players on a game well-played.
The Players have embodied the scripts, studied the scene, and acted it out.
But behind faint smiles, we all know: The Game has been lost.
The Visitors announce that the Players were not alone.
Two other characters were haunting the Game, unseen.

I am time.
Set your alarm.
I am Chronos, Greek god of linear time.
A clock ticking,
Counting down, as
Carbon counts up.

Next image: Bald men in suits adjusting the hands of a quarter clock face
She continues:

My daughter is Ananke,
Greek God of Inevitability.
She is the Doomsday Clock of the
Bulletin of the Atomic Scientists.
An annual time setting
Counting down to the apocalypse­­
As climate and nuclear threats stack up.
You can slow her hours, or turn back time,
But her hands always aim ahead to the end of days

She conjures a third image. The naked gears of a clock, protected on a pedestal.

But there is another God of Time.
I am also Kairos, God of the opportune moment.
The right time, the opening of time in which we can act.
The now.
The clock of the long now is set to keep time for 10,000 years.
But it needs humans to make it chime.
Will we still be here?

What stories will you tell of time in this moment?

I am Gaia, I am nature.
Now that you have finished your negotiations,
I have one final proposal for you.
This proposal is non-negotiable:
Come back to me and I will save you,
Ignore me and you are doomed.

The lights dim.
The Players sit in silence.

© Jonee Kulman Brigham, Full Spring Studio, 2019. This poem is part of a collection of poetry, called EarthRise, available at Telling Feather Press. Portions of this poem were included in an essay called Names for Time.